Arcade tennis with just heads and rackets! Can you beat all 10 seeds to win the Sports Heads trophy? 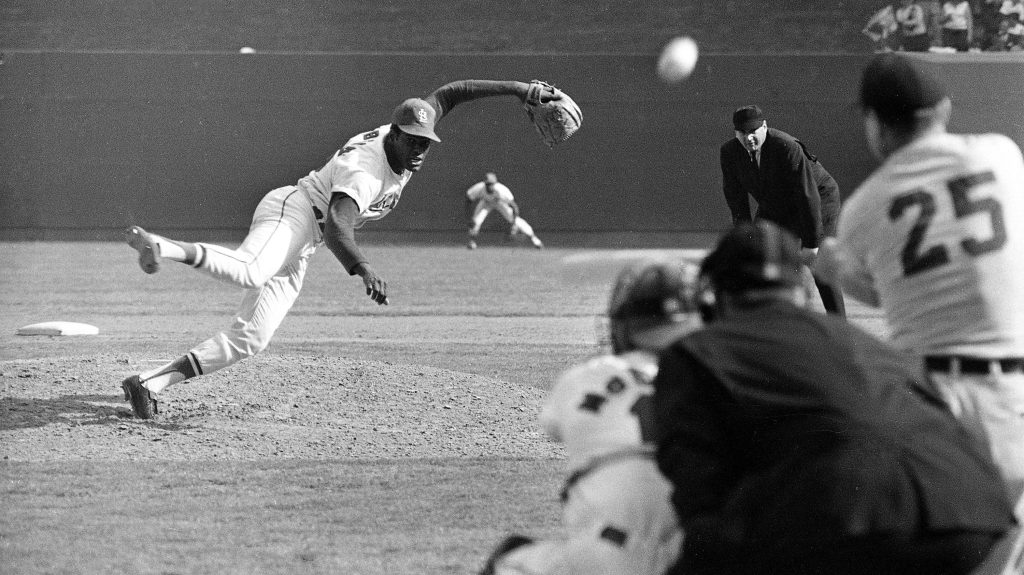 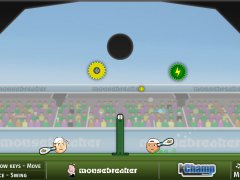 Play tennis against big-headed superstars! This sports game lets you compete with offbeat athletes, such as Andy Roddink, Roger Federal, and Rafael Nepal. You can hit the ball through special modifiers to keep changing the gameplay. Don't let the ball hit the ground in Sports Heads: Tennis Open!

Sports Heads: Tennis is another sports game from Mousebreaker, and is the first game in the Sports Heads series of sports games. This tennis game features cute graphics, a variety of powerups and powerdowns, and challenging gameplay!

The objective of Sports Heads: Tennis is to score seven points against your opponent while preventing them from doing the same to you. The ball can only bounce on a player's side once, and if it bounces more than once on that player's side before going back over the net, then the opponent scores a point. In order to beat this tennis game, you must defeat ten opponents that increase in difficulty as you advance. 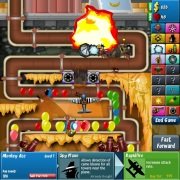 Sports Heads: Tennis features a variety of powerups and powerdowns that can help or hinder you in each match. These items are collected by making the ball collide with them. Powerups are green and will positively effect (or negatively effect the opponent of) the player that hit the ball last. Powerdowns are red and will hinder the player that hit the ball last. Items with a yellow background are neutral and will effect the ball or the court for both players! It is best to always try to collect powerups and to avoid powerdowns in this tennis game. Neutral items effect both players, so they do not give an advantage to either side, but may force you to change your method of play temporarily.

It is not always good to play the net in Sports Heads Tennis. If you hit the ball too close to the net in this tennis game it is easy for the ball to backfire on you and bounce in your own court, scoring a point for your opponent. Sometimes, it might be better to 'spike' the ball by jumping under it without swinging your racket. This is a tennis game, not a volleyball game, but this method is perfectly legal and may allow you to better control the direction of the ball.

Sports Heads: Tennis is a highly challenging tennis game that will probably take more than one sitting to beat. Not to worry, as this sports game automatically saves your progress, so you can come back to play from where you left off at a later time. If you are a fan of frantic tennis action, then you will love (no pun intended) Sports Heads: Tennis!