In-text citations are required when you use someone else's ideas, theories or research in your paper.

Examples: (choose depending if author and/or date is mentioned in text)

Note: APA style encourages the inclusion of page numbers for paraphrases, but it is not mandatory. Include page or paragraph numbers if it will help reader find the information.

No authors: Use the title in place of author. Shorten title if needed. Use double quotation marks for title of an article, a chapter, or a web page. Use italics for title of a periodical, a book, a brochure or a report.

Two authors: Within the text use the word and. If the authors' names are within parentheses use the & symbol.

Three or more authors: Include only the last name of the first author followed by 'et al.'

Spell out the name in full the first time and abbreviate subsequent times only if abbreviation is well known.

If the authors are named in the text, they do not have to be used in the citation.

'A neurosis is characterized by anxiety,' according to Kristen and Warb's (2012, p. 157) longitudinal study.

If the quotation is over 40 words, you must indent the entire quotation and start the quotation on a new line. No quotation marks are required. Cite the quoted source after the final punctuation mark. 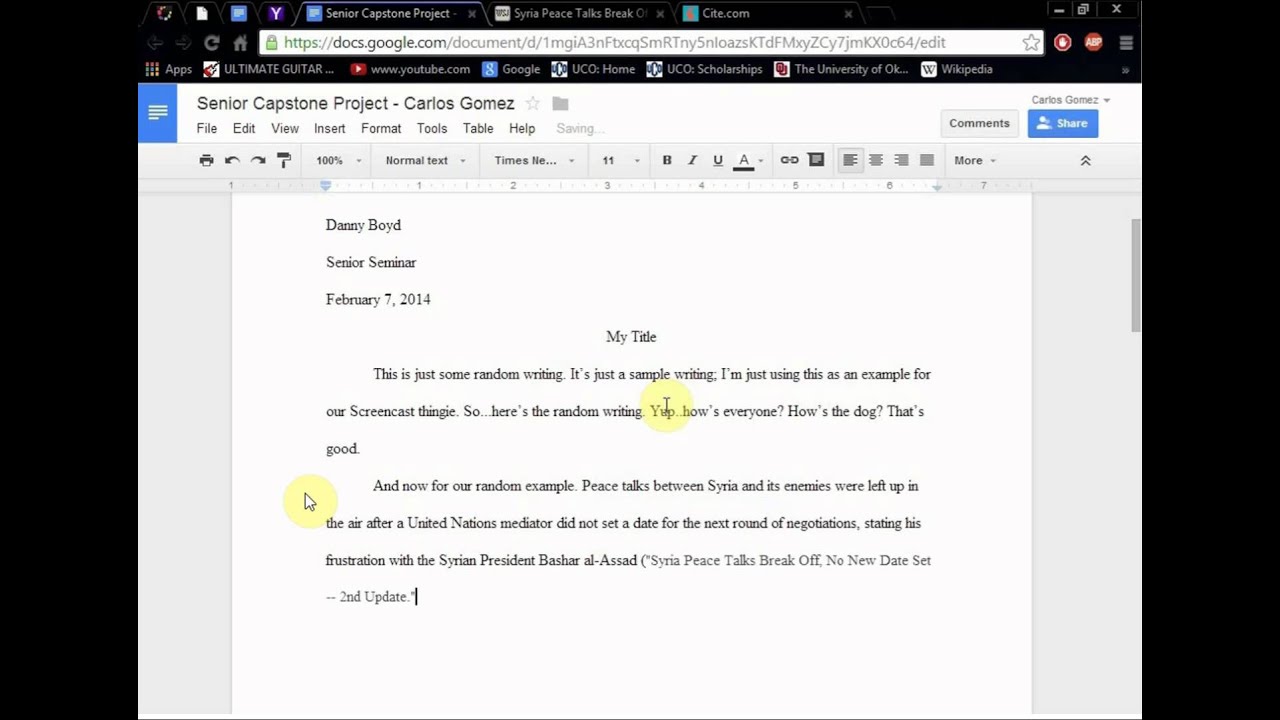 Alberta is occasionally divided into two regions, Northern Alberta and Southern Alberta. The majority of Alberta's population is located in large urban cities, mostly located in the South. Alberta is Canada's most populous province of all three Canadian Prairie provinces. Edmonton is the Capital of Alberta. (Hern, 1996, p. 22)

APA style encourages the inclusion of page numbers, but it is not mandatory. Include page or paragraph numbers if it will help reader find the information.

If the document does not contain page numbers, include paragraph numbers.

When paraphrasing from multiple sources, include all authors name in parentheses in alphabetical order.