Attack on Titan Tribute is a new game that follows the characters and stories featured in the popular manga series. Since first released in 2009, the series grew to include multiple novels, television shows and several videos games, including this new multiplayer game that it suitable for all levels of players.

The Tribute team is a unit of dedicated and passionate game makers. Each one of our members is an expert in their field and brings a large contribution to the games we develop. If you've got art, design, programming or management skills combined with an obsession for video games, we want to hear from you! If your game crashes after clicking play (mostly if you are using Catalina version), check the 'Only show this dialogue if the option key is down' box, save and quit, then try again. Minimap function is disabled in mac version due to some compatibility problems.

Unlike other officially licensed games in the series, this is a game that fans of the series created as a tribute. Though popular with players around the world, it does have some faults. Most of those issues occur because those who designed and created it have less experience. That does not mean that it isn't a fun game though. This is one that you can play for a few hours, put away for days or weeks and come back to play again. 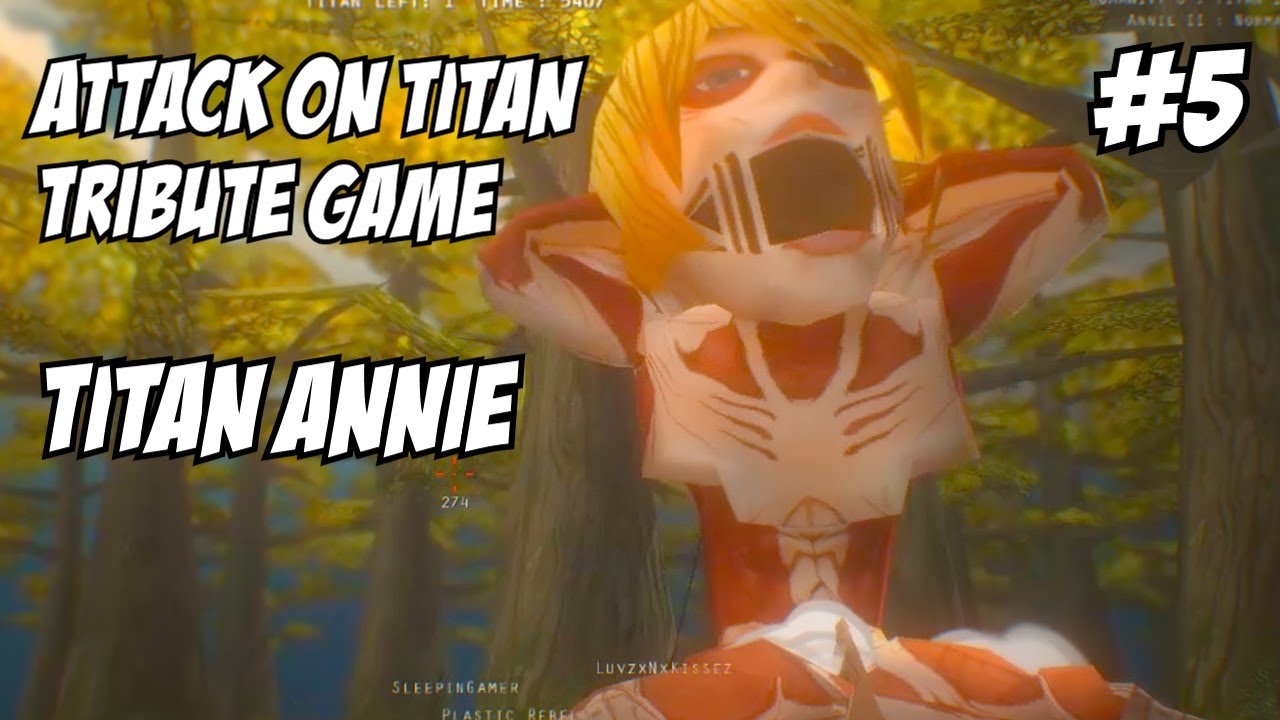 Though only available as a demo, it gives you an idea of what you can expect to see in the future. You'll notice a clear lack of detail in your first few minutes of play. While some of the backgrounds are gorgeous, the characters are not yet fully developed. Many have the classic faces that you expect to see, but you may notice the lack of detail relating to their clothing and bodies.

Once you download and start the game, you can choose to play some of the top characters from Attack on Titan. The game then sends you into a battle simulation and asks you to attack and kill the invading titans to save the world. As with the manga, you'll find that the titans have only one weak spot, which makes killing all the invaders a little harder than you might think.

You start the game with grappling hooks that let you move through each level. Use those hooks to fly through the air, attack titans and score more points. Though it might sound easy, this is harder than it looks. At the same time that you control your character, you must adjust the camera to view your surroundings, attack others, dodge attacks and jump at the right time. You must do all that with just your mouse and your keyboard, which may leave you feeling frustrated and downright annoyed.