When it comes to building any type of web presence, I like to learn from professionals, people who know how to get consistent results. With that in mind I contacted one of my professional colleague John Overall, who is a web designer and WordPress expert. While we discussed such topics as CSS, HTML, JavaScript and WordPress, here’s what he had to say: 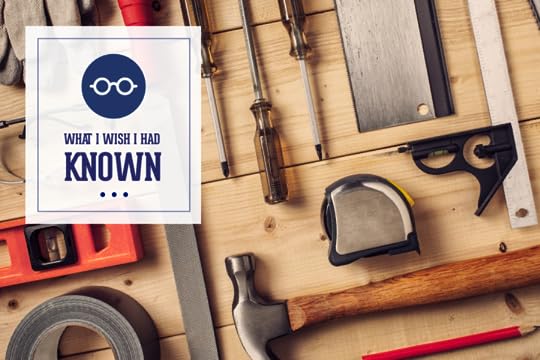 7 things to know before becoming a developer manager Management is often seen as the natural next step for developers, but it’s a harder change than many people realize. Growing a garden is equal parts challenging, rewarding, mystifying and uplifting. There’s a lot to learn, but we’re here to help.Don’t make the same mistakes.

1. “When you’re planning to get a domain name, research what’s out there and if it’s available, make sure you grab it immediately. If you don’t and you come back to it later, you might find it’s already been registered and in some cases, the domain might still be available, but at a higher price, sometimes a lot higher.”

“As an example, one provider made it difficult for their clients to move their domain names. Large companies usually don’t do those things but there are smaller companies that do.”

“It’s better to get your hosting with companies that specialize in that. As an example, GoDaddy is one of the best places to register a domain but it’s not one of the best places for hosting. As for hosting companies, I recommend GreenGeeks and Bluehost. Bluehost has been hit and miss in the last few months. In contrast, Green Geeks has been solid. Green Geeks is located in Californian and they are a green energy provider. That will appeal to some people.”

Note:John also offers hosting for clients but only in specific instances.

3. “Once your hosting is set up, the next thing is what type of platform will you use? I have a bias towards WordPress but it’s not the only option. If the client is building a basic site with some simple functionality and some ecommerce down the line, WordPress is the best option.”

“If the client is going to build some major site, they need to research the different platforms for building the site on. If they don’t have the capabilities to design it themselves, they would save themselves hundreds or even thousands of dollars by talking to a consultant such as myself.”

4. “I often consult with people for 1-2 hours to help figure out how and what they need, such as WordPress, the types of plugins, themes, and I could point them to another developer if it’s not something I can do for them. If they want to do the project themselves, they can.”

Ed. Note: Different platform options include such CMS’s as Drupal or Joomla, which offer a different functionality than WordPress, which might be too simplistic for some clients. As an example, Joomla offers a great deal of control over the layout of the site, but unless you’re a person who loves fine control, you might be better off with a site such as WordPress.

In addition, you need to consider whether your site will need additional functionality, which could involve custom CSS coding, JavaScript and/or customizing existing plug-ins or building your own.

5. “The next step is functionality, such as email systems, ecommerce, membership functions, etc. What is the ultimate goal of the website? The client needs to about the end goal of that website a year or two later. I often ask is, what is your ultimate end goal? Do you want to have ecommerce? If you do, you want to plan for that. You want to build out a framework for it so it’s in place when you’re ready to take that step.”

6. “After that, it’s a matter of design. This is where CSS comes into play. We cover what you need to know when building a website from scratch in another article.”

6 Things I Wish I Had Known About Building A Websites

7. “When you’re ready to design a site, do your homework before you hire a designer. Find out about their history, their quality, how long they’ve been in business, if they have testimonials, etc. New designers can be great and inexpensive though you usually get what you pay for as a rule.”

Ed. Note: At this point you might want to take advantage of a variety of pre-built themes. Depending on the nature of the theme, they might be a perfect match for your site as is, though some might need some tweaking or you might wind up with a theme that’s close to what you want, then hiring a designer to create the customizations you have in mind. Some options for themes are: Themeforest, WOOThemes, Thesis, Moboom, Genesis, and if you’re into Internet marketing, you might want to consider LeadPages or OptimizePress. The latter we’ve covered in years past at HTML Goodies.